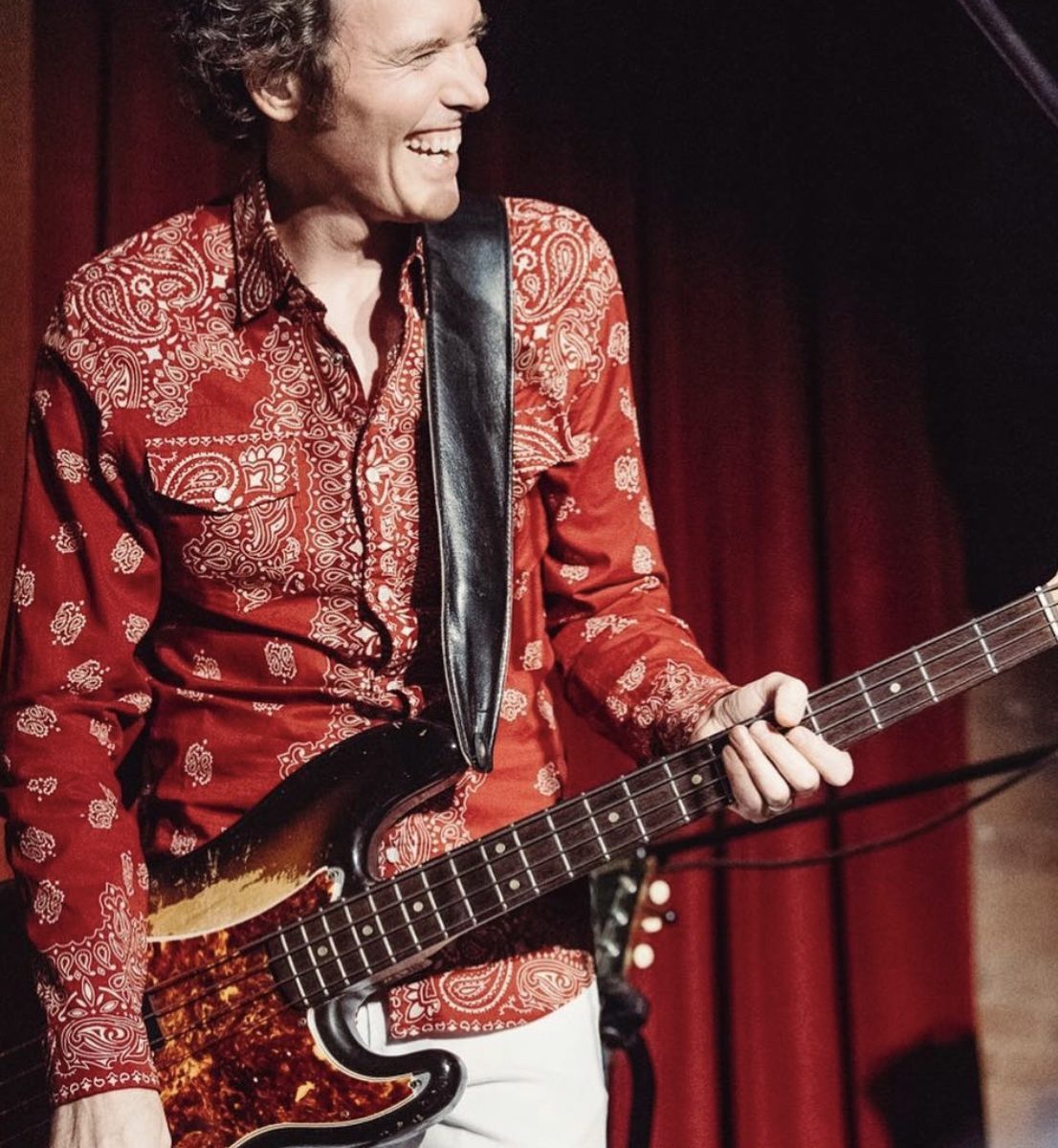 King Arthur had Excalibur, Thor had Mjolnir, Dumbledore had the Elder Wand..  Every musician is searching for the ONE TRUE AXE, that magic conduit of inspiration and viscera that will invigorate and elevate them to their maximum power…we’re, uh, gear obsessed. Buy 2011 I was reaching a point in my career where the gigs and sessions I was getting hired for were calling for better than what I had. When Larry Campbell asked me to play in the house band for a Carnegie Hall event, I borrowed a vintage P-Bass from a friend. By the end of the concert I knew I needed one of my own.

A well-known backline provider had brought in drums and amplifiers for the show. The guy provided equipment to plenty of stars, including The Rolling Stones and just about every other act you’ve heard of that comes through New York City. Knowing that he had connections everywhere, I asked him if he knew of anyone looking to get rid of a killer old P-Bass for a price that wouldn’t destroy me.

Maybe two minutes later the guy was putting his phone in my palm and barking, “Talk to JD.” So I took the phone and asked JD Dworkow, who as it turns out had been the Northeast US Fender rep for decades, if he might have a nice old P-Bass he was looking to get rid of. “Yes I do, it’s a beautiful 1965 P-Bass that looks pretty beat-up but it plays great and it’s all original.”

At the words “all original” my heart sank because I knew it was going to be a collector’s item. I had been hoping to find a bass that was vintage and played great but had been altered just enough to knock its value way down. He told me a price which was more than fair but which, frankly, was more than I wanted to pay. But before I got off the phone he said, “I want you to see it and hold it in your hands because the neck is perfection.” I was playing a Midnight Ramble in a few days’ time at Levon Helm’s barn, so I invited him to bring a guest, and the bass.

Cut to the Midnight Ramble. He approached me after the show, introduced himself and handed me a gig bag which I unzipped to find the bass we’d talked about. As he had assured me, as soon as I held it I knew…MAGIC. Suddenly I had a panic washing over me, envisioning the conversation I was going to have to have with my wife about “investing” in this piece of gear.

He watched me falling in love with it and offered for me to hold onto it as an “extended trial” but I said, “I probably shouldn’t. I know I want it. Either I can come up with the scratch or I can’t.”  At home, negotiations with my wife were successful and I met him a couple weeks later at the Waldorf Astoria, cash in hand. It felt very cloak and dagger to exchange an envelope of cash for something in a black case in the middle of that gilded room. Once the money and bass had changed hands, he then proceeded to tell me an anecdote about the bass’s legacy, which he hadn’t wanted to make a part of the negotiation process.

A Bass With Cred

On May 20, 2005, The Rolling Stones were playing a one-off outdoor concert in the city. It was actually the announcement of their “A Bigger Bang Tour” outside of Julliard Music School. Bassist Darryl Jones contacted JD about getting him an instrument for it, because the band’s touring gear was elsewhere on the road. JD strung up the P-bass with a fresh set of flat rounds (as per Darryl’s request), brought it to him, and Darryl played it at the show. Six years later, it still had those same strings on it.

Flabbergasted, I was very grateful that he hadn’t exploited this tidbit to get more money out of me. Recently, home and browsing around on the internet, I searched for videos of that show. And there it is, my P-Bass in Darryl’s hands.

It’s been on basically every record I’ve cut since then, including the ones with The Lumineers and Lost Leaders as well as my own Disappearing Man album. I rarely tour with it, but I always bring it to the studio. I did switch the strings, but I held onto the old ones.