The song “April Snow” is really a collection of somewhat disconnected snapshots from the day of Levon Helm’s funeral. As the procession eased into Woodstock, Tinker Street was lined with what looked to be everyone in the town, all waving slowly, as if time were slipping somehow. When we finally reached the cemetery I spotted Levon’s daughter Amy being swarmed by family, well wishers, journalists, photographers and the like. She caught my eye with a look that said “Help!” so I hurried to take her arm and steered her up the hill toward the grave.

All during Levon’s time at the hospital Amy had been a rock, so incredibly strong and present for all the visitors, but today she leaned heavily on me. It was a mob scene: family and childhood friends of Levon’s, musicians from all over the country, firemen, politicians, cops, even a high school drumline in full uniform just as he’d requested. The speeches were somehow both long and very brief; there was just too much that could never be fully expressed. Then suddenly it seemed to be over, and as the drumline began to thunder him home a flurry of snowflakes swirled around us and ushered us back down the hill to a new, emptier world. 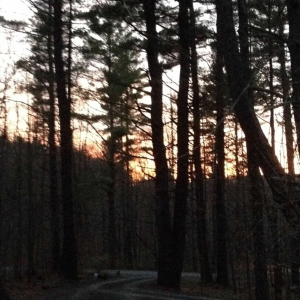 I recorded this song with Peter Cole for the Lost Leaders album Heavy Lifting. Peter’s haunting guitar psychedelia perfectly evokes the mood of the day. You can listen to it here.