I met Simone Felice (the producer for The Lumineers 2nd album, Cleopatra) at Levon Helm’s barn, during one of the now-legendary hootenannies known as the Midnight Ramble. On the side of the stage was a long radiator with a wood plank set on top that served as the VIP seating as it was next to the drumset. This particular evening a rakish fellow I thought I’d seen before was LOSING HIS SHIT, dancing, hooting and laughing his ass off with eyes glued on Levon’s hands. The guy was passionately reverent and clearly deeply in tune with the music on a SOUL level.

After the show I had to meet the guy, and found him to be way too intriguing to figure out in one meeting. Months passed, and maybe we saw each other a couple more times and exchanged numbers. Then a call. “Hey By, it’s Sy. What are you doing tomorrow?”

“Simone? Well I’m in Nashville, so probably can’t make whatever it is…” “No worries brother, another time.” Every six or eight months, I’d get the same call, out of the blue: “Hey By, it’s Sy. What are you up to tomorrow?” and I always had some conflict that kept me from making it, kept me from satisfying the growing curiosity about this mysterious dude who apparently throws a band together the night before, for instance, a prestigious festival. What’s his deal? Is the casual rough-shod mojo he exudes for real?

In July 2015 the phone lit up with his name again. I almost said it in unison with him. “Hey By, it’s Sy. What are you up to tomorrow?” Actually laughing, I said, “As it turns out Simone, I’m free. Whattaya got?” “I can’t really talk about it; it’s kinda on the DL…just catch the train to Rhinecliff and someone will pick you up.” Truthfully the identity of the unnamed band was completely overshadowed by me wondering what it would be like to finally work with Simone Felice.

The studio intern who picked me up thought it hilarious that I didn’t know who I was there to work with. He wouldn’t tell me either! So with more than a little anticipation I entered the control room. There was Simone with three other gentlemen: brilliant engineer Ryan Hewitt, plus Wesley Schultz and Jeremiah Fraites from The Lumineers. Wow, cool. Nice one, Simone! After hands were shaken I sat down and opened my bag, pulled out my bass, and took out a cable and my tuning pedal. Everybody laughed. I looked at Simone quizzically and, clearly delighted, he told me, “We’d been talking about bass players who need a million pedals to get a sound. I told them ‘check out this cat Byron, he’ll show up with a bass, a cable and a tuner, period.’” 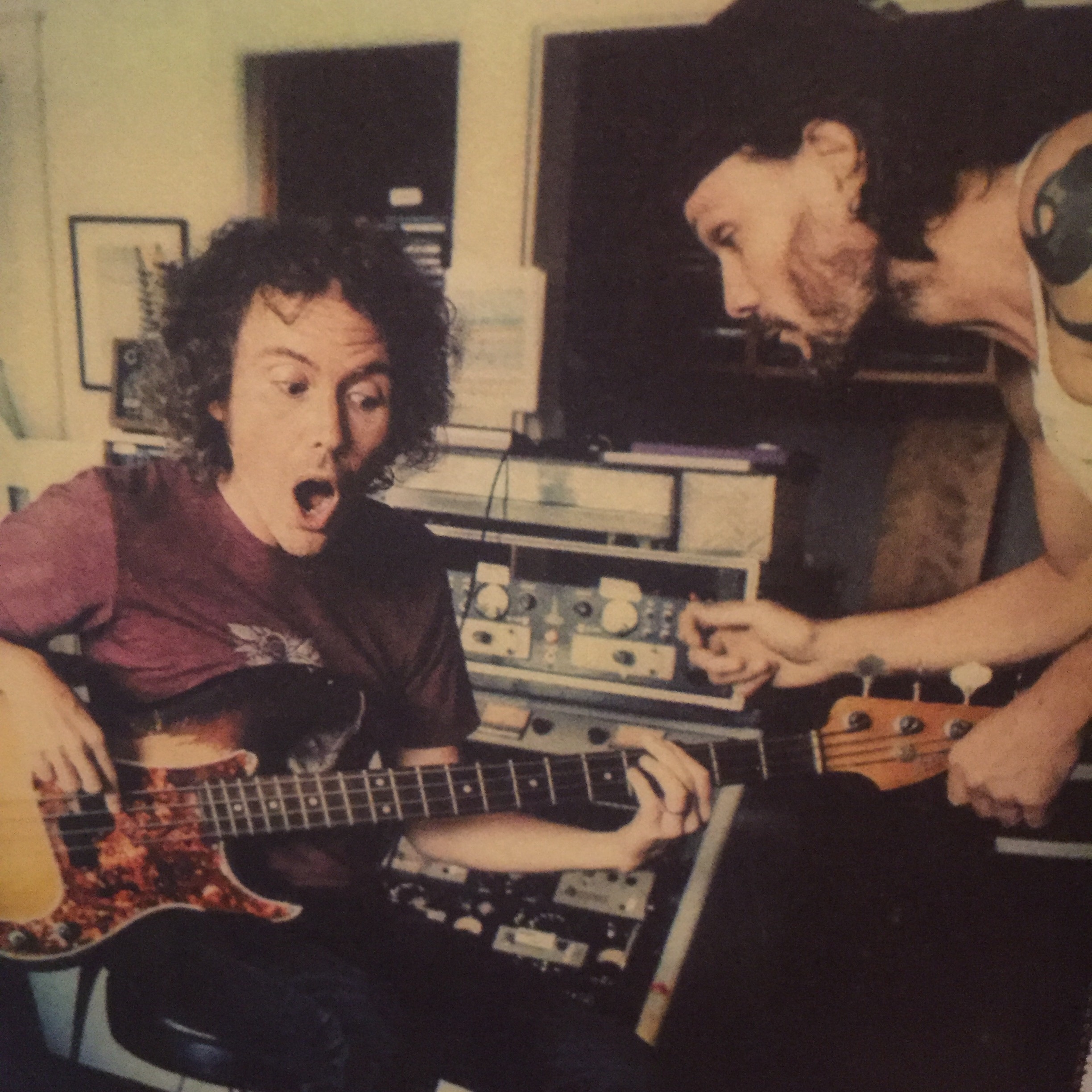 ? by AK Photographs with thanks to The Lumineers