Join singer/songwriter/bassist Byron Isaacs on June 12  at The Loft at City Winery for his album release party. 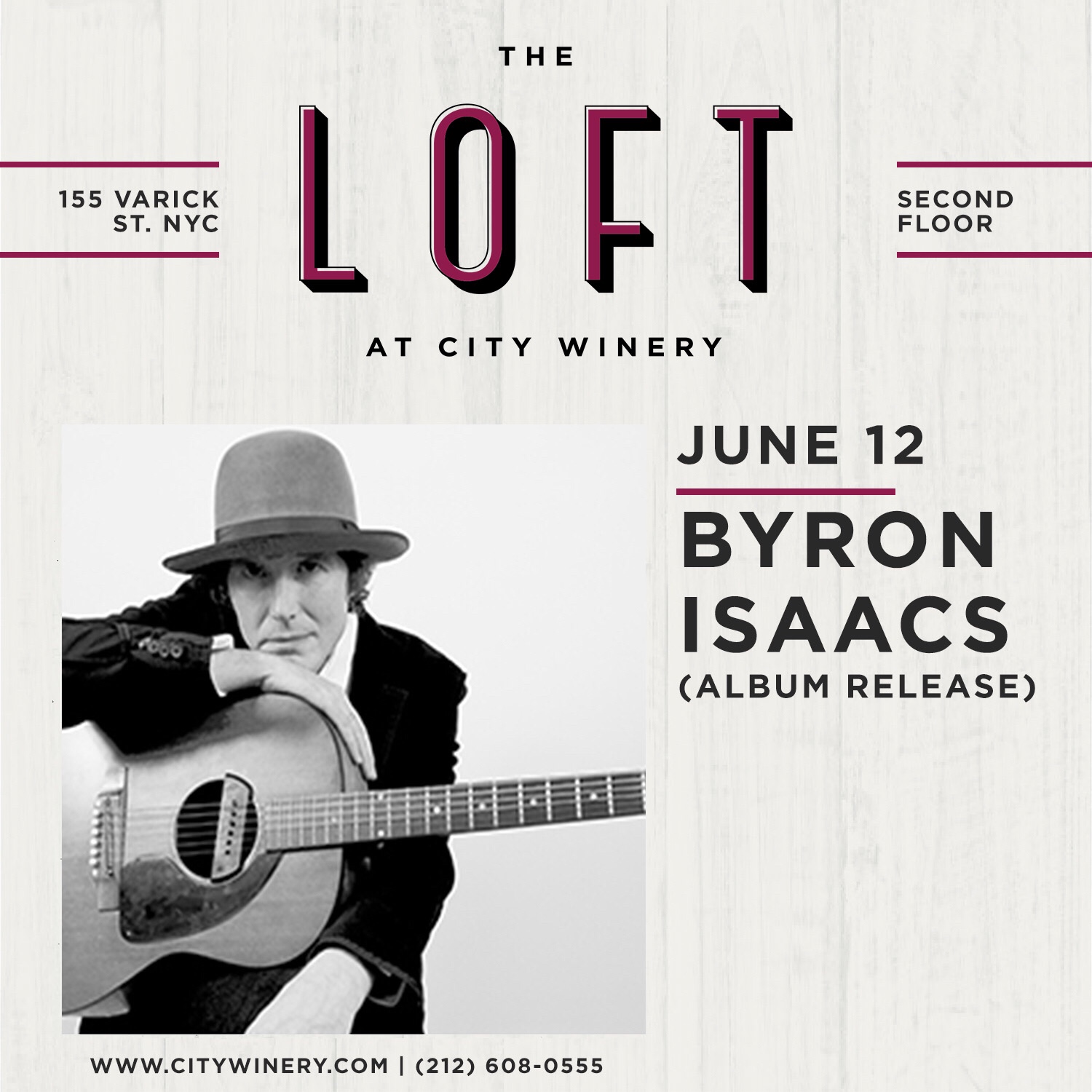 The album’s songs combine the quietly relentless grooves of Curtis Mayfield with the oblique simplicity of Neil Young. If you turn the lights out and close the door, the songs continue singing themselves long into the night.

“As transcendent an album as I’ve heard this year!” -Frank Gutch, Jr.  RockAndReprise